Jayme Stedman – Director
Owner and Director Jayme Stedman has been involved in the dance world for over 28 years, and has been teaching and choreographing for the past 13 years.  She began her training at the Dance Shoppe in Plymouth, MN, where she was trained in ballet, jazz, tap, lyrical, pointe, contemporary and musical theater. She won many awards individually and was part of several National Title winning teams.

After graduation, she moved onto college at the University of Wisconsin – Stevens Point, studying Dance and Business Administration.   There, she was awarded the Incoming Freshman Dance Scholarship and Kathryn Bukholt Dance Scholarship through the University.  Throughout college, she taught and choreographed both at local studios, and within the UWSP Department of Theater and Dance. During college, Jayme also interned at Broadway Dance Center in New York City, studied with Alonzo King’s LINES Dance Company, and River North Chicago Dance Company.

After college, Jayme returned to the Minneapolis area to teach, choreograph, coach dance team, and hold dance intensives in the metro area. Her choreography has been acknowledged and awarded at the regional and national levels.  Jayme currently has dancers working at the professional level, competing and performing on collegiate level dance teams, and teaching children and competitive dancers around the country.  She is excited to share her passion, technique and kinesthetic based teaching style with her students at all levels and in all styles of the art.  In her free time, she enjoys spending time with her husband, twin daughters and her son. 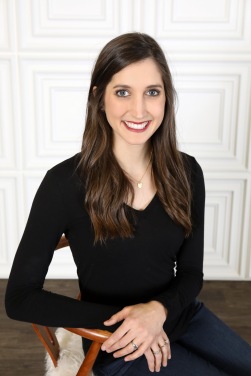 Miss Grace grew up in the competitive dance scene in Minnesota.  She knew dance was her passion from an early age and made it her focus by attending a performing arts high school in St. Paul.  She furthered her training by attending intensives with Milwaukee Ballet and Joffrey Ballet.

Grace is excited to be joining the Millennium Dance Company family as the Ballet Director.  She is passionate about helping her students grow in their technique through discipline, artistry and enthusiasm! 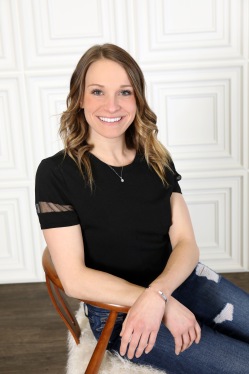 Miss Jenna is currently on the coaching staff for Maple Grove High School’s Dance Team, and is teaching dance master classes throughout the Midwest with Just for Kix. Jenna is very excited to have joined the Millennium Dance Company family and is excited to get the season started. The energy and enthusiasm that she brings to the classroom and her training is truly contagious. 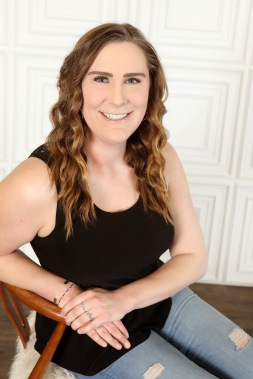 Kristine Wasik
Kristine started dancing at the age of three at Dance Shoppe/Summit Dance Shoppe in Plymouth, Minnesota. After graduating in 2012, Kristine continued her love and passion for dance in college as a member of the College of St. Benedict dance team. While in college Kristine had the opportunity to coach the St. Cloud Cathedral JV dance team as well as work at North Crest Kids Activity Center in Sauk Rapids, Minnesota working with kids of all ages both in recreational and competition.

Most recently in May 2016, Kristine graduated from the College of St. Benedict with a degree in History and a minor in Exercise Science.

It has always been Kristine’s dream to teach dance to the next generation of kids. Kristine is extremely excited that she has been able to live her dream the past three years at Millennium and cannot wait for season four and many years to come. 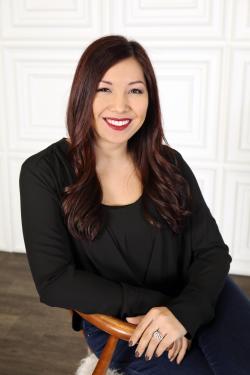 Kellie Peterson
Kellie has been invested in the MN dance community for over 25 years, starting at the age of 5 at a studio in Andover, MN, and going on to teach at various studios and dance camps throughout MN upon graduation from and college. She was a member of the national jazz and hip hop competitive teams at St Cloud State University, while studying for her bachelor’s degree in Business and Human Resources, after college, she continued to train, teach, and perform as a member of Exisdanz All Stars and Northern Elite Vibe’s jazz, pom, and hip hop teams. In her tenure, Exisdanz went on to place 1st overall in the Open Hip Hop division of USASF’s Dance Worlds Championships and she played an integral role in positioning Vibe as a competitive, affordable opportunity for dancers to continue to train after college through the her leadership of recruiting, fundraising, social media and other program administration efforts.

Kellie has been a member of the MDC family since 2016, and has established a competitive hip hop program for our company lines. She has led her students to become entertainment, judges choice, high point and title winning performers and continues to bring new material and concepts to MDC through her training with Monsters and other urban dance events, both locally and nationally. Kellie finds pride in that she has current and former students who are represented by talent agencies and have gone on to begin their own teaching and dance careers. Kellie was selected to perform in the 2018 Justin Timberlake Superbowl Halftime show, she dances in various community projects, workshops and shows in Minneapolis, and has also begun serving as choreographer for Big Lake High School’s musical theater program, where her work was recognized by Hennepin Theater Trust in 2019. In addition to her bachelor’s degree, Kellie holds a Master’s degree in Organizational Design and Change Leadership from the University of St Thomas, is SHRM-SCP certified, and works full time as a principal HR Business Partner within the healthcare industry. Justine started dancing at the age of three and quickly realized that dancing was all that she wanted to do! She started off at Pat Peare School of Dance and at the age of 10 decided to follow her dream and start dancing competitively at Larkin Dance Studio. At Larkin she vigorously trained in Ballet, Jazz, Tap, Lyrical, Pilates, Hip-hop and Musical Theatre spending most week nights and weekends at the studio. With her family’s incredible support and the amazing guidance of her dance teachers she was able to start off at Larkin as the underdog competing as an alternate her first year, moving all the way up to dancing front row center her senior year.

In addition to her studio training, Justine attended and graduated from the St. Paul Conservatory for Performing Artists where she completed her high school curriculum and dance credits. She trained with some of the best teachers in Ballet, Jazz, Tap, Lyrical, Pilates, Hip-hop and Musical Theatre. Through this school she also received the opportunity to perform on live T.V. and she practiced daily in the Roy Wilkins and Orpheum Theatre. Justine then went on to complete her Bachelor of Science Degree from The Minnesota School of Business. She graduated with honors and was also a tutor.

During her many years as a dancer her Pilates and conditioning classes held a special place in her heart because she is a true believer that hard work will always pay off, and that mind over matter is often the key to most obstacles. Through the intense technique training she was able to grow not only as a dancer but also as a person. To this day she continues to explore her passion of dance through Yoga and Pilates training and has developed a unique dance class and conditioning class format that combines all of her passions. She is thrilled to have joined the Millennium Dance Company Family and absolutely loves working with the recreation and competitive program! 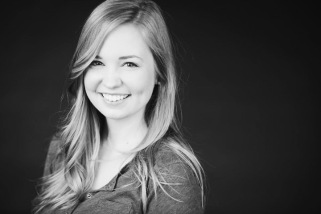 Marlee began dancing at age 3 and hasn’t stopped since. She grew up dancing at a local studio and attended The Saint Paul Conservatory for Performing Artists where she also studied dance. Marlee has been trained in a variety of styles such as lyrical, modern, contemporary, jazz, ballet, musical theater, tap, african, and clogging.

Upon graduation, Marlee attended Gustavus Adolphus College where she majored in Psychological Science and minored in Dance. While at Gustavus, Marlee studied modern dance as well as dance composition. It was at Gustavus where Marlee discovered her love for choreographing.

After college, Marlee began her career as a dance teacher and choreographer. Her pieces have been awarded multiple choreography awards as well as numerous high point awards.

During the day, you can find Marlee working as an Account Manager Assistant at The Line Up. In her free time, she enjoys getting outside, reading, and spending time with her friends and family. 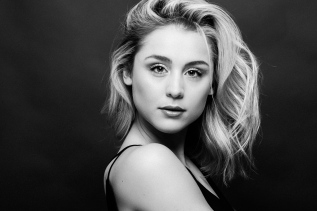 Jadyn Reddy
Jadyn Reddy graduated from the University of Arizona’s School of Dance on a Fine Arts scholarship. She was a featured performer at UA Commencement and was awarded the “Future In Dance” graduate scholarship. UA’s triad of ballet, modern and jazz prepared her for Principal roles in several exclusive UA commissioned works including Ben Stevenson’s, “Four Last Songs” and Jerome Robbins, “Antique Epigraphs.”

Jadyn Reddy began her professional career dancing with James Sewell Ballet in Minneapolis, MN from 2016-2018. Summer of 2017, she performed with Convergence Ballet in Phoenix, Arizona. Most recently she has worked with Visceral Dance Chicago, and completed a European tour with Sweetbird Productions Rock The Ballet X choreographed by Adrienne Canterna. A major highlight in Jadyn’s career was the opportunity to perform “Killer Pig” and work with Sharon Eyal and Gai Behar of LEV Dance Company. Her journey as an artist is to continue to research and explore movement and share her passion with the world. When she’s not dancing, you’ll find her in a yoga, pure barre or pilates class, challenging and growing in body, mind and soul. 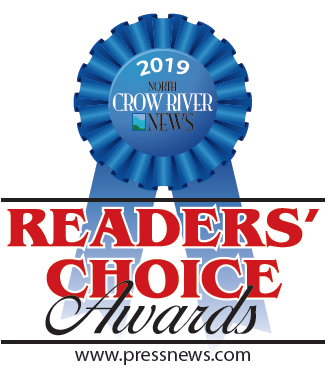